Penalty is the wrong decision

You are here:
About Football 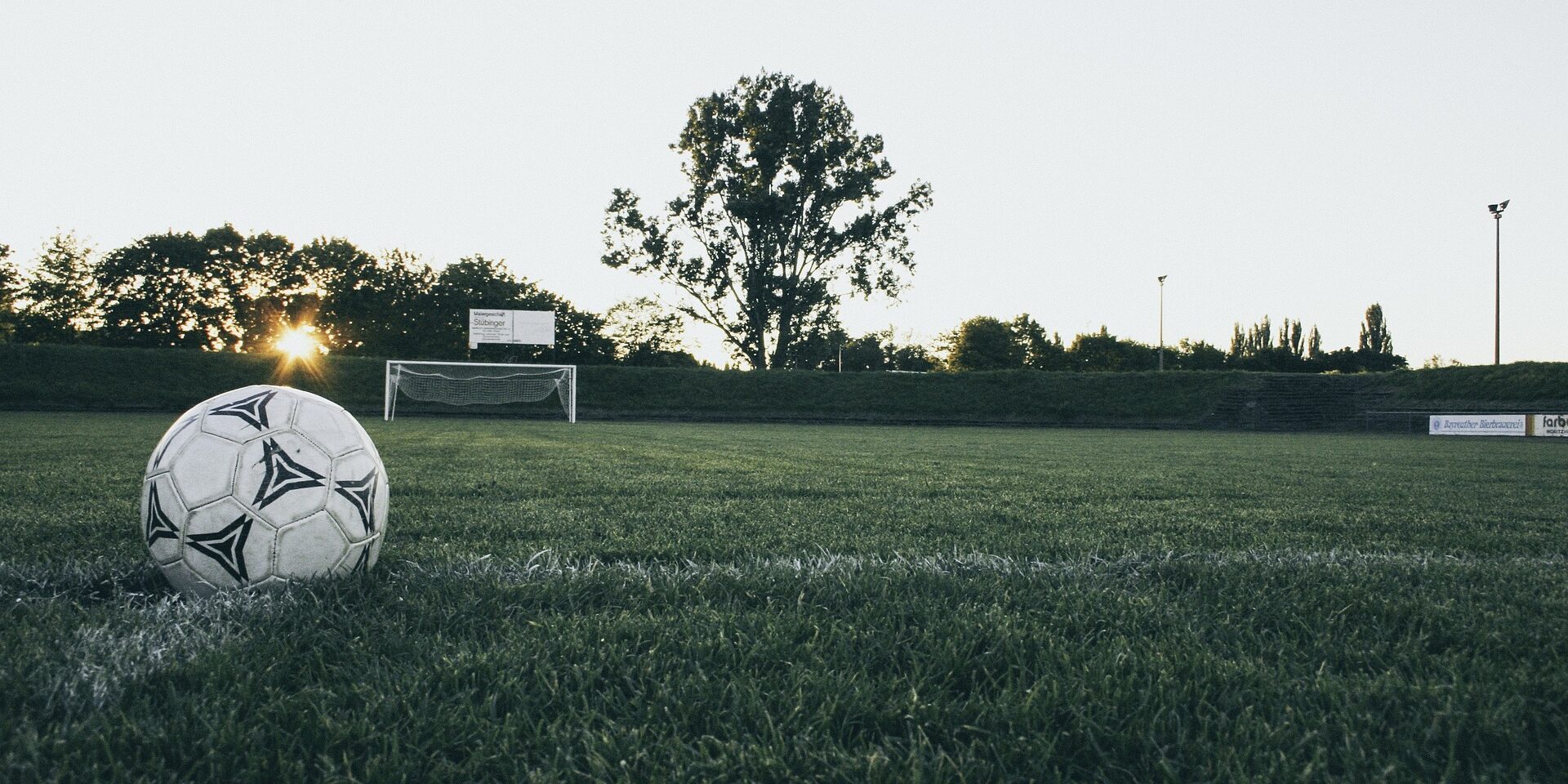 (Or: how do you break the dinosaur egg “soccer” one day?)

There is probably no decision in a football game which is more vehemently and which is discussed more often than the one in which the referee finally and irrevocably finally points to the ominous point that is within manageable distance from the so-called “goal”, which is actually sufficiently broad, Behind which, to catch the ball, is the so-called “net”, in which the player called to execute after removing all opponents from the so-called “penalty area”, only opposite the goalkeeper, who, as an additional difficulty, the must not leave their own goal line before the shot on goal, the main object required to play football – the ball – is now allowed to sink with a high degree of probability.

The fact that the referee is only allowed to do this nowadays after he has received the OK from the video assistant and has completed his own review in the area reserved for it has a certain aftertaste and was originally staged with good intentions – but it is due to the fact that it is persistent and violent , everyday and extremely diverse and controversial discussions have changed very little. As the viewer, who has to finance the entire giant business, finds out that there is neither a “right” nor a “wrong” here. He would ascribe practically every single decision to the so-called “arbitrariness”.

However, since he was previously demoted to a “fan” of this or that team, his very personal view of the individual scene to be assessed is irrelevant. He is not authorized to speak or to make judgments, as he – as he is maliciously accused of – would always interpret the action in favor of his own colors anyway. Outrage there because there was one, outrage here because it wasn’t there. The fact that from now on – and, since the introduction of the video assistant – it carries with it a feeling of boundless powerlessness and at the same time injustice, is ignored, ignored and declared to be irrelevant by the decision-makers. The motto: “People used to get excited and still do it today. They WANT to get excited. That is part of it, football is emotion, regardless of whether it is joy or anger. ”The aspect of justice is of secondary importance – or is injustice even cultivated?

It all started with very good intentions, in times when a goal was basically still seen as a happy event, scoring a goal was proclaimed the noble goal of the game, in times when you were dealing with two defenders, three midfielders and five attackers, In times when it never occurred to you that there had to be a zero somewhere or even that any goal scored could only occur following an unbelievable and inexplicable chain of errors by defenders who were currently declared amateurs and that the coach only under the vow that defensive work would be trained to the point of vomiting in the next week, so that something like this does not happen again and from now on one will certainly bring a lead as clear as the 1-0 lead over time soon, does not have to take his hat off this week – but would get another week’s postponement. So, in a nutshell: in the past, football was played and goals were scored and everyone – not infrequently also the supporters of the teams adversely affected by the goal – enjoyed a goal and applauded respectfully. Today football is prevented. Played earlier, prevented today.

Because, notice, the media made it one day and have not deviated from it since then: football is a result sport. In doing so, they completely ignore the fact that you have to FIRST ensure that the viewer enjoys it – and thus remains ready to pay his fee. The first question, called for a vote, is: “Who actually still watches football?” so, watch a soccer game because soccer is so beautiful, so entertaining, so fair, so exciting?

The following questions would be: who really enjoys it? Who feels that he is “just”? Who – with or without a guaranteed following in a game, in a summary – does not get upset about it in almost every game? Who perceives a game as exciting in which it is 0-0 in the sixtieth minute and the commentator points out that “the game lives from the tension” and you can clearly hear that a) there is very little going on, that b ) the game is not good and c) that a hit, which is now falling, also means the end of the alleged tension – because after the hit the winner would be found, as the spokesman also indicates to us (“I have the feeling, if a goal is scored here at all, then it’s the decision. Both teams know that – and they act accordingly cautiously. “).

The good intention with which it all began was that scoring a goal is a joy and at the same time that a prevented goal close to the goal – that means: a foul or a handball in the penalty area – was basically aimed at preventing a goal and that one thought very well to actually punish the team who broke the rules.

For a more detailed explanation: the so-called “penalty kick”, of which we are talking here, only reflects the goal distance measured roughly as much as it would originally have been a “twelveyarder”. Twelve yards are actually only 10.98 meters; the alternative term that can also be found in parlance without reflecting the literal meaning would be that of a “penalty kick”. It SHOULD ALWAYS be a punishment and, as such, demotivate another offense in the future if possible.

That means: the punished team was given a disadvantage and the team beneficially affected by the violation of the rules was given the corresponding advantage of scoring a direct shot on goal from a distance of 10.98 meters, without an opponent, in a one-on-one duel with the goalkeeper. Even if the previously committed offense, as the reason for the penalty kick, does not necessarily have to be assigned a scoring chance of a comparable size.

This was also a spectacle for the audience, in this respect a clever, at the same time well-considered and, as I said, harmless first step. The direction taken with it and here declared to be “wrong” was by no means foreseeable at the time for the well-meaning authors of the rules.

How has the matter now developed so that one could even come to the judgment “penalty is the wrong penalty”? Well: at some point there were clever coaches who realized that there are not so many countable events in a game and that success is promised if you can prevent your opponent from scoring a goal. The more often this tactic was successful, the more it was copied. The audience and their needs were ignored. “One goal is enough to win.” Exactly when the opponent scores one less. Helenio Herrera and the famous Catenaccio.

Because of this development, a penalty was increasingly becoming a critical decision. In times when there were no live broadcasts (in this large number) and no referee observers, it turned out that the game decision could not only be forced with a penalty and the expected hit, but also that there was a good way to “force” such a penalty yourself. This was achieved in an overwhelming number of the home team. This had all the spectators behind it, was traditionally more frequent – driven by the fans – in forward gear, more often in the opposing penalty area – and the referee not only spared from cameras and observers, but also exposed to the anger of the spectators without protection. That means: in many cases he let himself be carried away to a penalty, which basically lacked the prerequisites. In other words: there were actually the so-called “swallows” with which attackers used the simplest of all attempts at deception – and were thus successful.

Since it was more and more sufficient to get a single victory with this one, the penalty got more and more of the game-deciding character. In many cases, however, the strikers couldn’t help it that this one situation brought about the game’s decision. It said in the rules that there should be penalties for fouls in the penalty area, no matter how unreasonable that penalty might be in the individual case. If a player stood with his back to the goal, in some corner of the penalty area far from the goal, and was still fouled there or at least marginally processed on the jersey, held, pulled, pushed, suspended or whatever in general as “foul play” and ” punishable with free kick ”is in the rules and how little relationship the penalty area situation to be judged would have with a free shot from eleven meters without any impairment: one was under the general suspicion of wanting this penalty kick almost always. The acting was put under the attacker’s authority without his being able to do anything about it. If he is held, hindered, pulled or pulled, blocked or otherwise maltreated: the reward waving him is in a favorable relationship to the offense. Regardless of whether he actually wanted the penalty kick or just like that the opponent offended him improperly and actually criminally: the exchange was a more advantageous one for the attacker. When there was a penalty kick, you often saw the players smile a little, smile, congratulate each other, even here later and even celebrate: “You got us a penalty! Great action! ”And everyone knew: the massive upgrade did not deserve the action on which it was based. It is too much of the reward. That would never have been a goal, the penalty is way more than half a goal.

So it went hand in hand: there was a disproportion between the crime and the punishment assigned for it. Any attacker who went down in the penalty area had to live with the vicious insinuation that he “just wanted that penalty”. If he had to answer, to the best of his knowledge and belief, the only result could be: “Yes, of course I wanted him. It’s just a bigger chance to score than the one I would have had without this foul. But doesn’t change the fact that it was a foul. And, to exonerate me, I said: I didn’t make the rules! ”.

Exactly at this point the heading line would be filled with enough content: Penalty is the wrong punishment. In almost all cases it is a disproportionate enhancement of a game situation.

Nevertheless, the story is far from over: only should the sequel better follow in a second part ?!

Hate posters in the stadiums

About the restart of the Bundesliga

Who will be the German champion?
The departure of the Germans
The advantage rule